Join Jade for a heart pumping and inspiring hour of dance exercise! Beyonce Dance FIT is a cardio-based exercise class using Beyonce’s most popular music video moves in a fun, party-like atmosphere whilst pumping Beyonce’s best tracks. Make a night of it and bring a friend, perhaps to follow up afterwards with a drink nearby in Seddon! 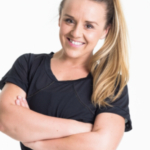 Presenter: Jade Purdie originally from Scotland,  has an extensive dance background and has trained in Glasgow and London. She has an Associate Degree in Performing Arts and is a Clubbercise Master Trainer. She was a dancer with the Scottish Rockettes Pro-Dance team, amongst many other professional dance experiences around Europe. Jade migrated to Australia in 2014, and opened her own dance and fitness business – BeDancefit in Spotswood. After running it very successfully for 4 years, she sold the business to take up other teaching opportunities. Jade is currently the Extra- curricular Activities Coach with the Department of Education teaching dance and fitness to state school students, and loves teaching so much she will be hanging with the MMS crew on the weekends. Jade has an abundance of energy but an eye for posture, alignment and the patience to ensure that everybody is worked hard but correctly.

Sound healing combines ancient wisdom and sound-based instruments from around the world and throughout the ages, with modern science and a little bit of magic, to heal mental, physical, and spiritual ailments. Sound frequencies have the ability to positively or negatively influence the body, emotions, mind, soul and spirit.
Certain frequencies are known to help calm the mind, encouraging a more relaxed state and brainwave frequencies, hence lowering the heart rate and breathing rate, allowing the parasympathetic nervous system to come alive and hence giving the body the chance to rest and digest.
When: Friday, March 19th

Presenter: Phoebe Dubaris a graduate of the Sound Healing Academy (Cornwall, UK), she is an experienced sound healer who has been facilitating sound baths across Melbourne and beyond for the past couple of years. Phoebe is also a professional musician (vocals, viola) and producer who most recently has been releasing ambient/meditation music under the moniker IKSRE. Her two self released albums (Unfurl – 2019 and Intermission – 2020) are being followed this year with releases on Seattle based ambient label Hush Hush Records, and London based stalwarts, Lo Recordings.